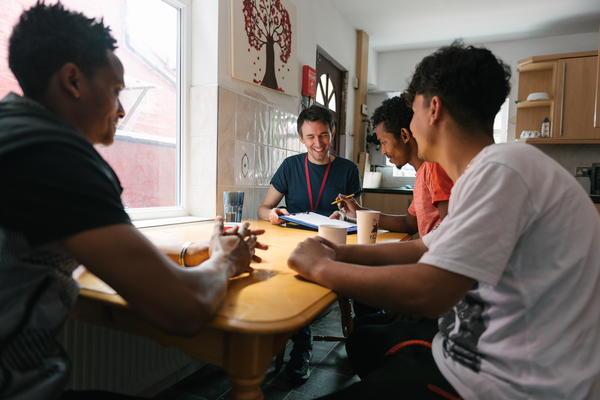 An alternative to the Government's New Plan for Immigration

In recent weeks we have been asked what our alternative to the Government's New Plan for Immigration would be. We've set out our thinking so far.
1 Jun 2021

When the Government launched its New Plan for Immigration earlier this year, we were vocal in our opposition to that which was being proposed. We were also critical of the way in which the public consultation in response to the proposals was conducted. You can read what we said here.

We have been encouraged in recent weeks by the energy and activism of our supporters, many of you who have written to your MPs, as well as to government ministers, to oppose the proposals. We have also heard from some of you how hard it can feel to campaign in this political landscape, and we have been honest about the work ahead, and the importance of using our individual and collective privilege to advocate for change.

In all of this we have also heard some of you tell us that as well as sharing why we oppose the Government’s New Plan for Immigration, you would like us to share what we think an alternative plan for immigration ought to be.

As a member of the Together With Refugees coalition, we agree collectively with the following set of broad proposals:

We also stand in agreement with the recent report produced by the Jesuit Refugee Services, Being Human in the Asylum System, and endorse the recommendations they make for an asylum system that is compassionate, fair and accountable. We would encourage you to read this report, which offers a compelling alternative to that which is being proposed by the Government.

The Government’s proposals will cause further significant harm to the individuals who Boaz works with. The clients who come to us have often had their claims for asylum refused multiple times, often for very complex reasons, yet many of our clients do go on to be granted a form of leave to remain after having their case looked at again by a solicitor providing highly quality legal advice. Under the new proposals, there will be far fewer avenues for appeal available, and more people will be made destitute as a result. The need for organisations such as Boaz will only increase.

The world we live in is increasingly fractured. There are huge disparities in wealth, access to resources and the ability to live one’s life out of harm’s way. There are a multitude of complex and complicated reasons why people are forced to leave their homes and homelands. As a country with a colonial past we must take responsibility for the part that we have played in oppressing and destabilising fragile regions in the world, the imprints of which are still felt today.

Furthermore, we only need look at the news each day to understand why people need to seek safety in a place of sanctuary. Wherever we come from, we all have the right to feel safe and to have a claim to asylum fairly and humanely assessed. As such, the asylum system ought to be built on principles of fairness, compassion, accountability and dignity.

We also want to hear from you. What do you think a positive alternative plan for immigration ought to be built on? Email us your thoughts on [email protected] or connect with us on social media @boaztrust.