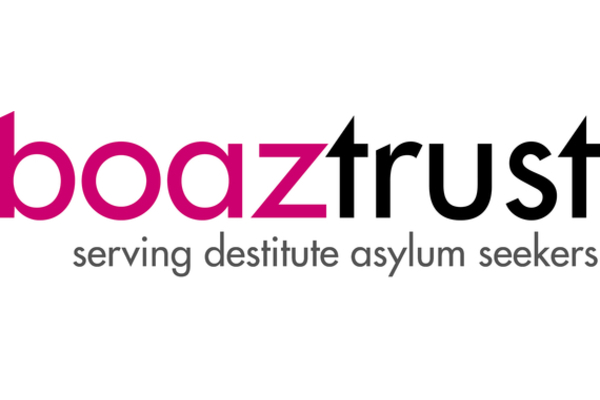 The ongoing situation at Napier Barracks in Kent should be a cause for concern for us all.
1 Feb 2021

Long before the UK Government started using former army barracks to house people seeking sanctuary, we were deeply concerned by the growing hostility towards people seeking asylum in the UK, as well as the continued erosion of their rights.

The scenes from Napier Barracks in recent days and weeks are incredibly disturbing. The Covid outbreak within the camp, as well as evidence of severe overcrowding and unsanitary conditions, has been widely reported and condemned.

We should all be concerned by the images emerging from Napier Barracks and by the rhetoric being used by our political leaders to describe sanctuary seekers in the UK. It is one that emboldens those who wish to stoke hatred.

The reality for people seeking asylum, contrary to the rhetoric, is in fact that unthinkable decisions and journeys have had to be made, often risking life and limb, in an attempt to secure a life safer and better than any left behind.

We know from our own work with destitute asylum seekers that many are still processing experiences they have lived through in their countries of origin and on their journeys to the UK, as well as the traumas caused by the asylum system in this country, and a growing culture of disbelief and disdain.

The distress caused by the need to seek asylum and the process of doing so in this country, combined with the Covid pandemic, has led a number of our own clients to suffer with serious mental health conditions such as PTSD, depression and anxiety. It is clear that many sanctuary seekers housed at Napier Barracks, and in other completely unsuitable accommodation, will be suffering detrimental mental health effects.

At the Boaz Trust, we primarily exist to provide accommodation and specialist holistic one-to-one support to destitute asylum seekers who have exhausted all other avenues. While this will continue to be our primary focus, we know that we must be courageous in speaking truth to power. We must ask ourselves why are so many sanctuary seekers destitute? We cannot turn away from what we see. We know that without sustained advocacy efforts, the UK will become an even greater place of hostility for the individuals who live in its shadows.